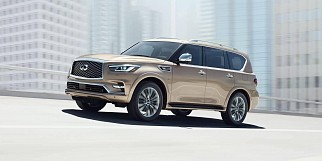 On Tuesday, December 8th, 2020 I left work and locked the front door at around 8:20 p.m. I noticed that there was a car about halfway across the parking lot and there were a couple of people outside of the car.  That is not too unusual and I didn’t want to go confront them.  People who stop in the parking lot usually drive away after a bit.

I went and locked the back gate, which is about maybe 30 feet from the front door to the east, and then walked over to my car to the west, but first stopped for a second and double-checked that the front door was locked.

By the time I walked about 25 feet to where my car was parked at the front of the building, the people had gotten in their car and driven very fast across the parking lot, then jammed on the brakes stopping right behind my car!

Then the driver and the passenger got out, and the driver ran to the back of his car and then several feet towards me down the drive side of my SUV.

Meanwhile, the passenger had gotten out of their car and was crouching down and moving around on the far side of the car.  As I saw the car stop, I had my lunch container, which I tossed in the car, and then I turned and faced the man just as he stopped.  He was a young man about 5’10”, 170 pounds or so, and he had stopped right at the same time that I turned to him, and I very calmly and nicely said in a strong voice, “Hey man, what’s up?”

As soon as I said this, he said something that I didn’t understand, turned around, and quickly darted back into his car. The passenger did so also, and then they drove fast across the parking lot, onto the street and away from the building.

I didn’t think about what to say or what to do, it just seemed like that’s what came out of my mouth: Hey man, what’s up?  After talking to a number of people about the incident, most of them seem to think that they were going to try a car-jacking or mugging, but as to why the young man stopped when I said, hey man, what’s up? is kind of a mystery to me.

Perhaps, according to one person I spoke to with a history in law enforcement, I didn’t follow the expected pattern.  Perhaps they were expecting me to try to jump into my car, or do something else.  Maybe my calm yet strong demeanor was unexpected. Also perhaps from a distance I looked like an old dude that they could take advantage of, but when they saw me, they realized that I was bigger than they thought, wasn’t afraid, and just greeted them nicely, so they abandoned their nefarious plan.

Anyway, I was glad I didn’t have to have a physical encounter or fight with them when all I wanted to do was go home and exercise! I really did feel very blessed and thankful afterwards and to this day that nothing went wrong.

We’d like to know what you think was going on and why Hey man, what’s up? seemed to have a strong effect. Send you thoughts or comments to annetteglass03@gmail.com. She will pass them on to the author.