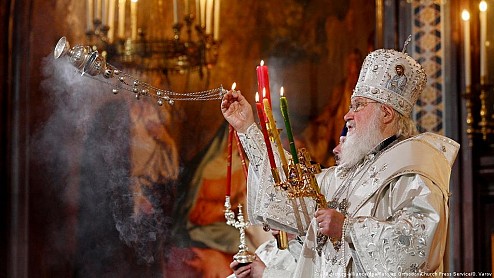 The hum of air conditioning and the drab tan walls of the hotel conference room faded into the background as soon as I entered the already buzzing atmosphere of the WMG Anthology Workshop in Las Vegas. Fifty people absorbed in conversations with old friends that they hadn’t seen in a year. A stage adorned with just as much pomp as a medieval king’s feasting table. And there I was, brand new to the whole thing. Introverted. Absolutely terrified.

It turned out my worries were for naught. Immediately a long-haired middle-aged woman with a Star Trek t-shirt greeted me, followed by a very large bearded man who looked like he should be carrying a horn of mead in his right hand. They made it clear that newbies were just as welcome as twelve-year veterans.

Then the main organizer started talking about rules of behavior. Right after “please limit your drinking and please, no drugs,” he came to the main prohibition for the week-long event.

“No politics or religion at any point during this workshop,” he said. “If you do, I’ll kick you out. No one cares what you believe.”

I knew I wasn’t in Kansas anymore.

Within that comfortable non-religious bubble created by the organizers, the writers (an introverted lot) were able to create an atmosphere of unusual generosity. World Fantasy Award-winning authors gave craft and business advice to authors who had only been writing for a year or two. Authors with film deals had lunch with writers who had written their first short stories ever. And never was there a sense of anything other than an immense willingness to help, to give, even to love.

Dare I say it? These people acted like better Christians than many Christians I know.

But this was a generosity and love that was confined to a very “safe space.” The limits were clear. If you transgressed them, then you would be kicked out. Ostracized. A pariah. I myself saw the fear of this limit expressed during an otherwise pleasant conversation with a fellow writer. He casually asked me what I did for a living. Naturally, I can’t answer that question without mentioning living near a monastery. The shutters that closed in the eyes of my fellow author were astounding. I was flirting with the boundary, and I needed to be careful.

This phenomenon is not limited to writers’ groups. It’s a fairly universal phenomenon in our society. Increasingly, people seek the refuge of very limited safe spaces, within which they can say whatever they want, feel exactly as they’d like to feel, and everyone outside be (figuratively) damned. We see it in social media especially, and in the way politics and culture have become ideologically polarized into what Stephen Miller calls “anger communities.”

As for Christians, this sort of mentality is a definite temptation, ranging from the deliberate ethnocentrism of many parishes to the “culture war” mentality that brings issues of culture into arenas of politics and ideology, where they lose their nuance and turn into battering rams or unscalable walls. Christian writers limit themselves to “Christian fiction,” which consciously excludes the experience of the vast majority of non-Evangelicals. Everywhere we are told to “find our tribe,” for therein lies true validation.

Except, there’s a problem. Christianity is not one religious option among many. It is the body of Christ, the one true faith, the redemption and even deification of mankind. All mankind, not a specially elected group of them. And it should attract everyone like the sweet fragrance of nectar attracts bees.

“We draw people to Christ not by loudly discrediting what they believe, by telling them how wrong they are and how right we are, but by showing them a light that is so lovely that they want with all their hearts to know the source of it.”

But how can we do that when perfectly decent, cultured people react to even religious talk by sticking their fingers in their ears and screaming “Lalalalala!” at the top of their lungs? (figuratively speaking)

I believe that the only way to do that is to let them experience transcendent beauty so compelling that they themselves seek out the source. A Light So Lovely. And this, my dear friends, is very, very difficult.

It’s difficult because people have been trained to think that beauty is in the eye of the beholder. It’s assumed that beauty is relative. After all, what some people find beautiful is repellent to others. Some would even go so far as to say that there can be no universally compelling experience of beauty.

Except… our Church’s history proves the opposite. One need only consider the experience of the Russian Prince Vladimir’s emissaries to Constantinople. When they attended and experienced the beauty of the liturgy in Hagia Sophia, they “knew not whether they were in heaven or on earth.” That experience of beauty changed the history of the world, as Rus became Christian, and the world was never again the same.

But where can we find such experiences of beauty that bring people together today? Can we create a light so lovely that people run to us to ask about its source?

Not only is it possible, but I believe we must do this, not only to attract people to our faith, but to keep our children in it. And we must do it through non-liturgical culture as much as through liturgical culture. Where are the authors who help people experience the transcendent without preaching to them? When is the last time you’ve attended concerts of music that made your heart sing? Why do we not paint and dance and speak to the hearts of people, making them wistful for a beauty that cannot be found on earth except in intimations?

“The good news of the Gospel does not consist in the fact that heaven and the earth are opposed to each other or severed from each other because of sin.  Rather, it is that the heavens have already come down to earth in the person of the God-Man… that the possibility and reality of a meaningful “taking on” and transfiguration of the world exists.  The Gospel brings to the world not a curse, but a promise, and to humanity not death, but salvation and joy.”

This fact of God’s sanctification of matter itself through the incarnation of Christ suggests a great calling for all Christians, to the best of their abilities:

“[The Gospel] teaches not flight from the world, but the Christianization of the world.  Thus, the sciences, the arts, politics, and the social order can all be those spiritual hands with which the Christian takes the world.  And the calling of a Christian is not to chop off those hands, but to imbue their work and toil with the living spirit of Christ.  Christianity has a great calling, which many do not ever realize.  This purpose can be defined as the creation of a Christian culture.”

There was a time when society itself was inspired by Christian principles. Art, government, society itself  emulated, as much as possible, the search for perfection dictated by the call to virtue. Christendom’s grand experiment had both peaks and troughs, of course, something beautifully explored in Fr. John Strickland’s forthcoming book Age of Paradise. Ultimately, however, the twentieth century’s many disasters and Christendom’s failure to stop revolution and world war, have discredited Christianity itself in the eyes of many.

Nevertheless, I am convinced that only Christianity can revitalize a culture that has lost most of its connection with beauty and that glorifies banality, variety, and diversity as ends in themselves. In my opinion, this would not be a retread of historical Christendom, but a new vision, predicated on the new realities of an increasingly neo-pagan and transhumanist West. Only a revitalized and renewed Christian cultural vision of the world can attract people once again to the Light So Lovely.

After all, things are perhaps not as gloomy as they seem. As Orthodox artist Andrew Gould said in his wonderful review of Disney’s Beauty and the Beast,

As an artist, I have often observed that there exists a natural law in art. When one tries to willfully distort its message, it often has the effect of proving a higher and more immutable truth. Because, in the end, beauty can reveal only one thing – the Truth of Christ.

Nicholas Kotar is a writer and the resident conductor of Holy Trinity Monastery and Seminary choir in Jordanville, NY. The views expressed are his own,

Source (with illustrations and hyperlinks) https://blogs.ancientfaith.com/alightsolovely/2019/04/01/a-call-for-a-new-christian-culture/

Please share your thoughts about this article through an e-mail to joyofallwhosorrow@gmail.com.