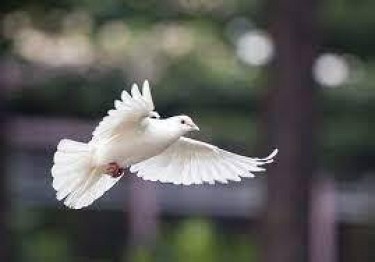 A message on receiving the Holy Spirit

Saint Luke said in a parable about a rich man, “I will say to my soul ‘Soul, you have many goods laid up for many years; take your ease; eat, drink, and be merry.’ ”1  What an odd attitude to take toward one’s soul – “eat and drink.” “So is he who lays up treasure for himself and is not rich toward God.” 2  So, somehow in this attitude toward the soul of this rich man is something that speaks to us as well for someone who lays up treasure for himself and is not rich toward God does this sort of thing – has this attitude about Heavenly things. Certainly, this attitude shows a fundamental misunderstanding about human rights. That’s almost a universal tendency to think this way: What is in it for me? I like this; I don’t like that. This is how we defend ourselves from the Spirit in large part. So, what might we might we do instead? What’s the difference? What is a different attitude that we might adopt?

Saint Paisius of the Holy Mountain [Mount Athos] has written, “This life is not meant to be one of ease and comfort. We’re going to die anyway, so we might as well die properly. Since we’re not doing anything else, may God grant us a martyrdom. Wouldn’t that be good?” That’s a different attitude than the rich man’s eat, drink, and be merry. Saint Paisius says, “Since we’re not doing anything anyway, why not be martyred? That’s good.”

In Ephesians Paul said, “Walk worthy of the vocation wherewith ye are called,” (he’s speaking to everyone) with all lowliness and meekness with longsuffering, forbearing one another in love; endeavoring to keep the unity of the Spirit in the bond of peace.” 3  And in Corinthians, the manifestation of the Spirit is given,” 4  to whom? To everyone. “All these worketh that one and the selfsame Spirit, dividing to every man severally as he will.” 5  So, every person – how has the Spirit ministered to you? And what should you give and do as a result?

So, the premise is that the Holy Spirit is being given to everyone including those here present. We have received it. Whatever difficulties, trials, tribulations, or opinions about ourselves that we have, they tend to get in the way of our recognition of the fact that the Spirit has been given to us and that we can do something as a result. We can do good things – not of ourselves alone, but ourselves in cooperation with the Spirit.

Paisius again has written, “The Holy Spirit is one, but has many gifts. It does not vary from place to place. The Holy Spirit is not a spirit of confusion; it us one of love and peace.” But it’s the involvement of ourselves in the things that we do that gets in the way of it. If someone can eliminate the self from his every activity and curtail his own will, then he can work properly and certainly have the divine enlightenment to create a spirit of understanding. But when we put aside the idea that we have of our self, the divine ideas come. That idea of our self can be prideful, exalted, or putting ourselves down, which equally gets much in the way. Most temptations are often created by ourselves – that is when we are motivated by self interest and want to elevate ourselves and see our own gratification – we should reject hidden and obvious egotism and the superficial need to be liked by others, so we can come to love Christ most sincerely. Our time is not characterized by what is discreet and noiseless, but by what is impressive, yet empty. The spiritual life is discreet and noiseless. It is good to do what is well within our means, quietly – without ambition displayed beyond our capabilities, because otherwise it will be at the expense of our soul and body and often at a high cost to the church as well. So, we hear then that the disciples in Matthew, “And when he had called unto him his twelve disciples, he gave them power . . . and sent them forth saying, preach, cleanse, raise the dead, cast out devils. Freely ye have received, freely give.”  6

And so, to illustrate how this works: when we get ourselves out of the way, God creates the work in us. We celebrate St. Gregory the Wonderworker, who is an early saint – the 200’s – he is a good example of how this can work in a human being. He was born in northern Asia Minor in a pagan family, received an excellent education, which meant that it was not Christian at that time, and from his youth strived for truth but the thinkers of antiquity were not able to quench his thirst for knowledge. But somehow, he found a teacher of Christianity and the Holy Gospel and that was where the truth was revealed to him and he became a Christian.

He spent eight years in study and went to Alexandria and spent eight years there studying and was known during that time for his aesthetic life, his constant spirit, and lack of covetousness. And then after that time and various wonders had begun to appear in his life even then, he returned to Neocaesarea and went into the desert where by fasting and prayer he attained high spiritual accomplishment in clairvoyance and prophecy and was made Bishop at Neocaesarea. At that time there were various heresies with a particular heresy that began to spread in that region concerning the Holy Trinity and so Saint Gregory, who has already demonstrated that he could work miracles, that he had a depth of discernment and a prayer life that was quite remarkable – how did he respond to this spread of heresy about the Trinity within his own area?

He prayed fervently imploring God to reveal to him the true faith. The Holy Virgin Mary appeared to him, radiant like the sun. With her was the apostle John, the theologian. At the command of the Mother of God, the apostle taught the saint how to properly and correctly confess the mystery of the most holy Trinity. In other words, not just the belief in it, but how to confess it. And Saint Gregory wrote it down and that was confirmed in the Council of 225. And so, the creed that we speak today was dictated, you might say, with an explanation of how to confess the faith given by St. John the Theologian at the command of the Mother of God to Saint Gregory the Wonderworker. It was confirmed by the Council and echoes down through the ages – even to our own time here in Indianapolis. This work of the Holy Spirit is an example of what can be accomplished through men and women who cooperate with the Holy Spirit with the Saints and the angels. And then after many adventures and miracles in Saint Gregory’s life he reposed.

In contrast to the rich man who has physical treasures, but little spiritual understanding St. Gregory shows the ability make good choices. Setting aside his ego, turning to prayer in response to this serious need such as heresies, he accepted and was attuned to heavenly guidance – and that’s what we see through the activities of our choices – the prayer for the church – all the things – the exercises and the aids that the church gives us – and you might say our benefit if we considered ourselves employed. We said at the beginning these things are given to us as Christians. The Holy Spirit has given each one, so we’re in a sense employed by God and these are out of the Human Resource Department – the benefits attached to the job that we’ve been given. The benefits are to be attuned to the Heavenly King through the choices that we make and to fight off those negative ideas that come to us from the world that I’m in and from within ourselves.

This sermon given by Father Stevan given on November 30, 2014.

This sermon and many others can be found at https://www.podomatic.com/podcasts/joyofallwhosorrow.