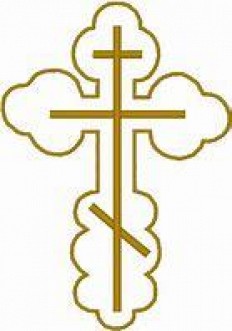 The picture painted of man through Orthodox anthropology is that of honor, freedom, sovereignty, and generally that of a beloved and royal child. All the theology of man’s existence emphasizes his honor from his formation to his eschatological fulfillment. Man is made in the image of God; meaning that he is endued deeply and unchangeably within him with the imprint of the divine. God gave to man a great responsibility in his vocation, which is also a great honor, to be the guardian and steward of the rest of the earthly creation. And, even higher yet, to be the conduit for divine grace to enliven and continually renew the world. From his creation throughout all of history we see the salvation narrative as a love story: God, the mad lover, zealously and selflessly pursuing, adorning, and winning His beloved. This relationship of ecstatic love between God and man is where humanity first finds its identity. Created in the image of the triune God, man is also realized in relationship.(1) Standing before God, defined in this relationship, humanity is a noble and mysterious queen, who, since the Ascension of Christ, shares one throne with the heavenly King. Man’s ultimate destiny is one of still greater honor, although it is hard to imagine greater honor than this. Christ invites us to become one with Him, as He is with the Father.(2) In His Incarnation, saving works, and now in the sacraments where He extends His hand, our Lord Jesus Christ calls humanity not only to serve as His royal “other” but to be hypostatically united to Himself; with His blood pulsing in our veins, His body existing in our bodies, His will and mind dwelling in blessed union with ours.

This anthropology liberates man from the enslaving worldly monotony that we find ourselves existing in. It opens the roof above our heads so that we may see the light of the sun and the beauty of the clear blue sky. Deprived of this vision of himself, man ends up accepting his “garments of skin” as his only reality – the means of salvation as an end in itself. Our worldly trades, our struggles with mortality and the weightiness of the flesh are now the arena where we work out our salvation with fear and trembling,(3) where we learn to cooperate with and depend upon the grace of God, precisely so that we may regain our former honor, and even surpass it as we enter into complete and abiding union with Christ. Yet, if we do not have the vision of what our true goal is, and if we do not have the assurance that it can be attained, then we will be like a hamster who thinks that its cage is the entire universe.

Knowledge of his true calling also liberates man from the heavy bonds of sin. Orthodox anthropology emphasizes that man was created inherently good, as all that God made is. God cannot create anything else, evil is not born from absolute good. Sin is but an event in the life of humanity.(4) It is part of our life in the garments of skin, but not our being itself. Humanity cannot remove itself from its identity as the image of God, but it can step out of the state of sin. This anthropology removes the weight of shame and the shackles of fear as we stand before God. While aware of our sins, aware that “all have sinned and fallen short of the glory of God,”(5) we are not blinded by this consciousness but impelled by it to lift up our eyes to the One Who has conquered sin, death, and the devil. Our sins, instead of entirely alienating us from God, now become the motivation that makes us cling to our Savior all the more. Knowing that God’s image is more deeply related to us than our shameful appearance, we can carry ourselves with honor and not be inhibited from glorifying the Maker and Source of all things by our very life and being.

Above all, Orthodox anthropology gives us the freedom to live in hope. Innately man longs for the supra mundane, the highest good, the fulfillment of his yearning(6) – he longs for God. This longing was instilled in humanity from its formation to drive us to cleave to our Creator and the Friend of Man; it is the wellspring of our spiritual life and the fertile field of prayer. In order for man to be truly human this eros must not be rejected or denied.(7) If it is unacknowledged and unfulfilled it will dry up and wither, and, even worse, may then turn against its original love in the bitterness of its denial. Orthodox anthropology is a hope-filled anthropology.(8) Our deepest yearnings are not only recognized but met, and not only met but even surpassed, to the extent that we are left in awe, filled with gratitude and humility. Man, have you since your creation longed to be like God? Did you even fall from your original blessedness in pursuit of equality with Him? Well, know that now He has bridged the gap between you and invites you to become not His equal but His very self. Man, you were formed in the image but now you are called to become precisely the Prototype Whose image you were given. And what great labors and costly offerings do you think you must undergo to step into such a royal and divine treasure? He has done all for you, you must only cooperate with His working;(9) only do not fight His will for your restoration and you will enter into the joy of your Lord.

We see then how much Orthodox anthropology frees us from; yet beyond this sort of liberation there is then found true freedom itself. “Freedom is not something that we have; it is what we are.”(10) There are many things outside himself from which man can be liberated, things which inhibit his freedom; but freedom isn’t just something man receives as an event but it is also the major defining characteristic of who he is. God’s greatest gift to humanity is that of freedom. In this voluntary offering of God we see His love for mankind: He desired for man to be able to love Him in return and love can only come from a free will. The possibility of choice gives us the opportunity to rise above our nature, to choose that which belongs to God instead of that to which our souls easily incline to in the world we live in. We need only align our will with Christ’s and He is able to supply the rest of what is needed to fulfill our will in actuality. The possession of freedom allows us to be reconciled with God, to live in loving communion with Him. This is the core of our identity, both of our nature and our destiny.

I have seen in my own short Christian life the fruit of such liberating anthropology. I myself have made a beginning at becoming a person in light of it. As long as I viewed myself as in individual lost in a sea of other individuals, I had no context for my existence. While defining my existence by my works and accomplishments I was deeply unsure whether I was just a machine or an actual person. And thinking myself utterly buried under the weight of sin, I could hardly find the courage to lift my eyes to pray to the heavenly Father and God nor to truly believe in His immeasurable love. I knew that this did not feel like being truly alive, but I wasn’t sure what it meant to be human and to live; I did not know an existence except this state of semi-death. With time, and the guidance of the Holy Spirit, I encountered the Orthodox Church and was brought into her fold. As I read lives of Saints and other works I began learning what a true human is; first it was things unintentionally stumbled into and later became a conscious and motivated search for true anthropology. Little by little false beliefs, and their ensuing bad habits, crack and calve like icebergs from the glacier. The transformation of my view of humanity, and myself along the way, was not a simple or easy process – much time and much guidance were needed. But as my understanding of what it means to be a person is being conformed to the Orthodox belief of the same, I, to the same extent, find the freedom to be in true relationship with God and with my neighbor. Opening to relationship as the basis of existence has illumined my life with joy and daily gives me glimpses of God in our midst. Living as a true human in communion with humans, God’s divine generosity in creating us is revealed as well as a hint of the blessed mystery of the Most Holy Trinity. The more I step into the freedom with which God has endowed man, the more my eyes are opened to see what astounding honor we are bestowed with and what humble love it takes for the ultimate and supreme God to so honor His own creature.

In short, this true and hope-filled anthropology is the foundation and revelation of the whole Christian life with and in Christ. It is a solid rock on which is put together the whole mystery of our salvation. If the foundation is off-kilter then the whole house will suffer, but if the foundation is straight and strong so will the house be. Anthropology is not only the foundation, but also the light of the house. Once we understand who we are everything that bears upon us is illumined with meaning – salvation, repentance, spiritual life and struggle. I believe that a poor and low anthropology is one of the major departing points for Western Christianity, and may be largely responsible for the Reformation. But this means that regaining an Orthodox anthropology could drastically help heal this tragic divide in Christendom. In the same manner, the movement towards restoring our anthropology is a vital step in healing the divide within each of us, between who we are and who we are called to be.

Xenia Lundeen is a second year M.div student at Holy Cross Greek Orthodox School of Theology. She is a friend of the Joy of All Who Sorrow community and has a particular interest in Orthodox anthropology.

Please send comments on this blog to annetteglass03@gmail.com. They will be forwarded to Ms. Lundeen.