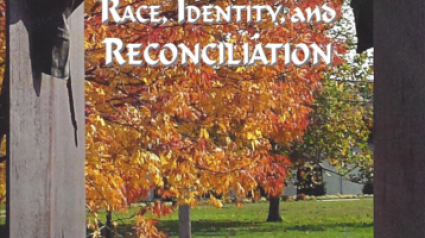 “I remember a road trip, now well over a decade ago. A certain Fr. Gerasimos was driving and I was in the passenger seat with his older son—my godson—cozy between us. Father began to tell us a story about a nun, a little boy and their adventures in the woods. It wasn’t about me; it was about Mother Katrina. And the boy was not Marty, but very much like him. Father kept us spellbound mile after mile. There is something so intimate and engaging about being written into a story. There is something about having a character like us, but not quite, that opens us up to see our problems and our possibilities from a fresh vantage point.

“A parable is all that and more, because it teaches a lesson; it rebukes, it warns, it encourages, it gives hope. When King David committed adultery and murder—killing his soldier Uriah the Hittite with the sword of their enemy and taking his wife for his own—Nathan the prophet convicted him with a parable. At first, David heard the parable as a true-life story about another man—a merciless rich man who coveted and stole the one comfort a certain poor man had. He became furious and swore that the man should die and restore the poor man’s possession four-fold. Then Nathan told David, You are that man. David turned his anger against his own sin. He wrote the most beautiful psalm of repentance: Have mercy on me, O God, according to Thy great mercy; and according to the multitude of Thy compassions blot out my transgression. David saw himself and repented. …

“Most discussions of the parable of the Prodigal Son focus on the Prodigal as an icon of repentance and on the father as an image of our heavenly Father. But who really is the most important character? I suggest that from a certain perspective it is the older son, because it was in this figure that the Lord cast the Jewish sages and their disciples in the parable, just as Nathan the prophet characterized King David in his parable about the covetous rich man. It is for the sake of the sages and Pharisees, cast as the older son, that the whole drama unfolds.”

“With both her knowledge of Orthodox spirituality and her training in modern psychotherapy, Nun Katherine, in these eloquently written and easily understandable essays, explores the human condition with great insight. What she offers to us is the distinctively Christian dimension of the struggles with shame, anger, hatred and hopelessness.

“Specifically, the author brings to bear the Good News revealed through the Scriptures, the Church Fathers, and the sacramental understanding of the Christian life: she reminds us that shame can be healthy when we understand it as the honest assessment of ourselves as imperfect but beloved children of God … that anger can be re-directed against our true adversary, the evil one … and that forgiveness is not merely a futile attempt to “forget,” but an honest acknowledgement of pain inflicted and a desire to reconcile with one another as members of God’s family.

“She deftly weaves the traditional teaching of the ancient, undivided Church alongside insightful examinations of how anger, shame, and forgiveness are revealed in modern personal, family, and social contexts. Nun Katherine clearly illustrates what is so good about the Good News—healing and freedom in our Lord God and Savior Jesus Christ. For all of us who suffer from these afflictions of the soul, the wisdom imparted in this book will truly be a great blessing.”

His Eminence, the Most Reverend Michael
Archbishop of New York
and the Diocese of New York and New Jersey
Orthodox Church in America

Illumining Shame, Anger, and Forgiveness is now available in our bookstore.